Volkswagen accelerates the development of the industrial cloud

The Volkswagen Group is pressing ahead with the integration of its factories into the Volkswagen Industrial Cloud. The aim is to further increase the efficiency of the plants and to reduce production costs. The first three plants were connected in 2019.

“For 2020, we have decided to bring up to 15 additional plants to the cloud,” said Gerd Walker, Head of Production at the Volkswagen Group. The project was consistently continued during the production break during the Corona crisis. “We are making good progress and are now moving at a much faster pace,” says Roy Sauer, Head of Enterprise and Platform Architecture Volkswagen Group. Volkswagen plans to increase the productivity of its plants by 30 percent from 2016 to 2025. “Our industrial cloud is a crucial lever to achieve this goal,” said Walker. The Group expects a total cost reduction of several billion euros if the data from all 124 plants can be evaluated in a standardized manner. The Industrial Cloud is based on Amazon Web Services (AWS) and Siemens is an integration partner.

The Volkswagen Group started on schedule with the locations of Chemnitz, Wolfsburg and Polkowice (Poland) of the Volkswagen Passenger Cars brand in 2019 as planned. “We are now increasing the number of strokes and bringing the industrial cloud to a wider area,” says Walker. This year, up to 15 additional plants of the brands Audi, Seat, Skoda, Volkswagen Passenger Cars, Volkswagen Commercial Vehicles and Porsche are to be connected. These include the German locations Braunschweig, Emden, Hannover, Ingolstadt, Kassel, Leipzig, Neckarsulm, Salzgitter, Zuffenhausen, Zwickau as well as Martorell (Spain), Palmela (Portugal), Györ (Hungary), Mladá Boleslav and Vrchlabi (both Czech Republic).

“We are pleased about the rapid pace in the development and expansion of the Industrial Cloud to other Volkswagen production facilities this year,” said Dirk Didascalou, Vice President of AWS IoT, Amazon Web Services (AWS). “The variety of functions that we develop together on the basis of AWS technologies offers us the opportunity to collect and organize plant data in the industrial cloud in a cost-effective and standardized manner. This will accelerate the provision of applications that will further increase Volkswagen’s production and logistics efficiency. ”

In a first step, the group defined 15 different applications, which are now available as apps for all plants. The focus is, among other things, on the area of ​​predictive maintenance of the machines or the reduction of rework on vehicles through artificial intelligence (AI). The implementation of the first 15 applications alone is expected to reduce costs by around EUR 200 million by 2025.

Data from hundreds of thousands of machines in the cloud.

Data from several hundred thousand machines and systems are recorded in the so-called “brown field” approach of sensors and analyzed by standardized apps in the cloud. Every machine and system is connected manually and, in older systems, is sometimes also equipped with sensors. In the final stage of development, the amount of information evaluated every day should be in the order of the data volume of a medium-sized small German town. “We have the necessary know-how in the group to derive efficiency potential from this data, and we are expanding it further,” says Sauer. Around 220 experts in the Group are currently involved in the project – the number is expected to increase to around 500 by the end of 2020.

The solutions and applications that Volkswagen is currently developing should also be accessible to other companies within the framework of an open ecosystem and should be jointly developed. In this context, there is no focus on the automotive sector. Discussions with a number of other relevant partners from different industries are already very far advanced. A joint further development and use offers a great advantage for the participants because they do not have to develop the platform and services themselves and benefit from the synergies in the network. 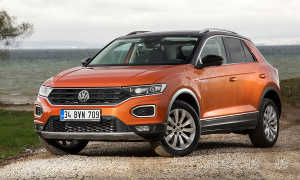 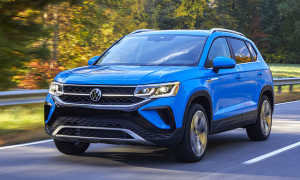